End of Year Roundup--Somewhere, Forbidden, Inception, The King's Speech, The Wrestler, The Shining, Invasion of the Body Snatchers... 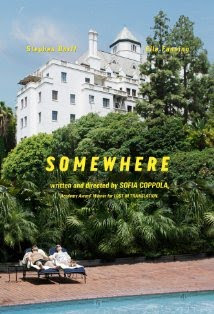 SOMEWHERE
I actually saw "Somewhere" long ago at the London Film Festival but disliked it so much I couldn't bring myself to write about it at length. Apparently, neither could Anthony Lane, who gave me the idea for a roundup, and whose assessment of the film very nearly matches my own--"In one prolonged shot, Johnny circles his car fast around a track, but the futility of a noodling movie star is hardly a revelation of the absurdity of the human condition, or whatever this movie is supposed to be about." Indeed, Stephen Dorff's Johnny Marco is the flattest imitiation of a Mastroianni-esque character one could devise. "Somewhere" was as bad as "Nine" in its complete misunderstanding and degradation of Italian cinema, not to mention women. (The only viable female is Johnny's eleven-year-old daughter played by Elle Fanning and an obvious stand-in for Coppola's younger self.) I was a fan of "Lost in Translation" despite my big problems with its gross condescension towards the Japanese. Bill Murray and Scarlett Johansson were just so incredibly watchable, whereas "Marie Antionette" was entirely unwatchable. "Somewhere" has some nice shots of the Hotel Marmont and Sunset Boulevard but was mostly just plain boring and horribly misguided. But this is blissfully a roundup so I won't go on. Let's just say the highest compliment I can pay this film is that it made me think of the lyric from "Hair":
Claude Hooper Bukowski/Finds that it's groovy/To hide in a movie/Pretends he's Fellini/And Antonioni/And also his countryman Roman Polanski/All rolled into one/One Claud Hooper Bukowski.
If only Sofia Coppola had a tad more of Claud Hooper Bukowski's ambition. 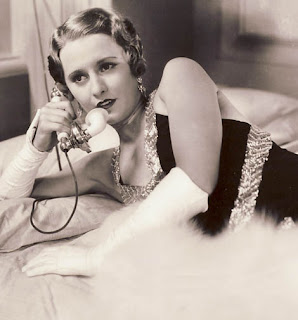 FORBIDDEN
"Forbidden," seen at a Frank Capra retrospective at the National Film Theatre/British Film Institute (one of the great perks of London), was a surprise. Not your usual Capra or Stanwyck fare--the film is about a librarian who has a passionate affair with a married man--an ambitious but very likeable politician (only Capra could pull any of this off)--while on holiday and subsequently gives up everything--including their child--for him. The power of Stanwyck's performance allows the film to investigate love's complexity with a rare depth and maturity. I actually came away from the film empathasizing with her choices. Nevertheless, Capra himself loathed the film calling it "two hours of soggy, 99.44% pure soap opera." During the filming, Stanwyck fell off her horse, injured her back, and had to spend every night of the rest of the filming in the hospital in traction. Capra would blame the film and the equestrian accident for Stanwyck's definitive refusal to marry him. 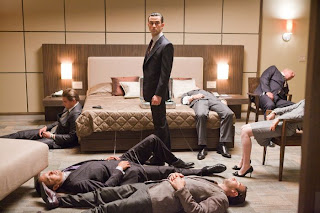 INCEPTION
Glad I saw this on a plane and very post hype. But still I was bored. Doesn't even come close to the genius of "Memento" or even "The Matrix." Saw everything coming way before it did and the love story was plain stupid. 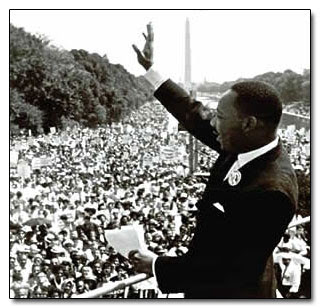 THE KING'S SPEECH
Oops, wrong King. So what if it's historically inaccurate. So what if it's a feel good story that lacks any subtlety whatsoever. It's entertainment at its best in the sense that it doesn't have any ambition to be anything more than it is so fulfills its promise from start to finish. Besides, I saw it with my mother who loved it because she remembered as a kid listening to the stuttering King on the radio and being embarrassed for him. If Colin Firth doesn't get an Oscar for this I'll eat my hat. And Geoffrey Rush deserves a nod. Without them this film would have been nothing at all. 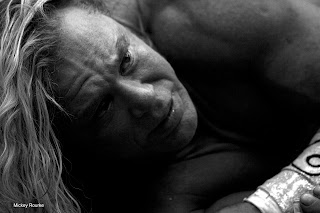 THE WRESTLER
I saw this with my mother too and she repeated throughout the entire film: "Why would anybody ever want to watch this?" I thought Mickey Rourke's performance eerily too good. The film comes nowhere near the brilliance of "Raging Bull" but does have moments of sublime intensity. The love story with Marisa Tomei (always wonderful) and the daughter thread very banal. I was actually relieved at the lack of redemption, but could have been spared the Christ image during the denouement. Finally, I have to agree with my mother here.

THE SHINING
Quite simply one of the best films ever made. This should be required viewing for any student of film, really anyone interested in the creative process. It is a veritable primer in perspective. A multi-layered work of genius, my favorite scene, of course, is when the amazing Shelley Duvall peers down at the typewriter Jack has been writing his magnum opus on, while the camera takes precise aim up at her, the typewriter smack in the center of the frame. As she reads the by now infamous line, "All work and no play makes Jack a dull boy," she--and we--are struck dumb by the great and horrifying truth that creation and destruction are one. The film is the enactment of T.S. Eliot's line, "There will be time to murder and create," via the inimitable horror/humor of Stephen King as envisioned by Stanley Kubrick. Unbelievable. I so identified with Jack it was disturbing. 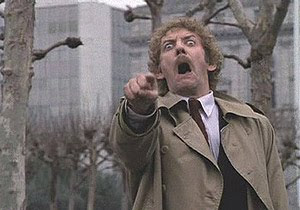 INVASION OF THE BODY SNATCHERS
By far the best of the three versions is the one starring Donald Sutherland and Jeff Goldblum. My mother's verdict: "This should be required watching for all citizens of the United States every six months to ensure we all don't become Republicans."


THE TRIPLETS OF BELLEVILLE
One of the most deeply feminine and feminist films I have ever seen, albeit made by a man. 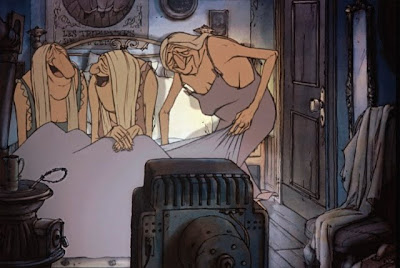 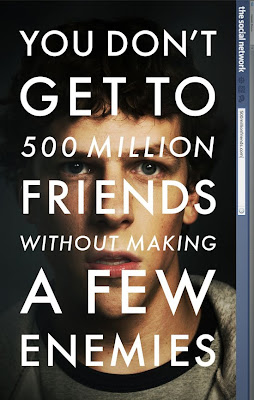 THE SOCIAL NETWORK
I saw this on the plane home from LA. I had avoided seeing it because I just didn't think I could take one more film telling me how irrelevant women are. But on a plane I can take anything and yes women are entirely irrelevant here but I did enjoy the epic battle between Jew and Gentiles. Ah those Winklevoss twins really got what was coming to them (a 60 million dollar settlement). And what a hero for our times that Zuckerberg, a veritable saviour. He's given us Facebook, a monument for all time, a wonder of the world, a human cultural legacy up there with the pyramids, The Divine Comedy, Star Wars. Where would we be without him?
Posted by Jenny at 11:47 No comments: